Posted in Diets, General, Health by HealthOffered on 03 November 2013

What Hollywood’s stars must do to be in a good shape? We see on TV only the results, but not the effort they all make to be in that good shape. Some of them practice fast diets which are not always healthy ones.

Missy Elliott was big woman with male figure. This famous raper singer lost 32 kilograms with healthy food, control of her appetite, drinking water and regular exercises. She was under supervision from her private couch. Her success is result of her strong will. 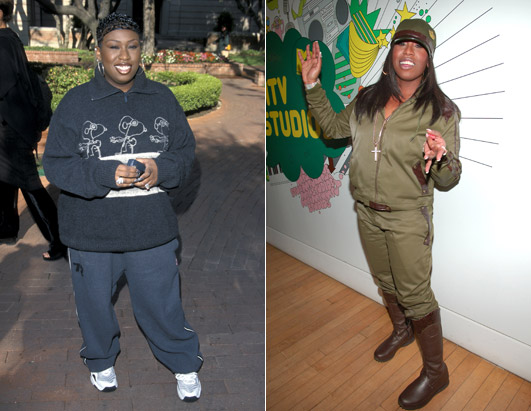 Oprah Winfrey made a public announcement in 2010 that she has an eating problem and is in constant battle with the kilograms. She tried a lot of fast diets, but in the end the winner tactic was to avoid starch and carbohydrates and to walk 1 hour per day. If you practice this, your heart will thanks you, so put yourself in the most comfortable sneakers you have and go out.

Kelly Osbourne after years of fight with her figure, in the end she succeeds to put herself in a shape. She fallowed the nutritionist’s advice what to eat and spend a lot of time in a gym. Her secret is a lot of fruits and vegetables in her menu and practicing pilates.

Courtney Love was always in a good shape, even sometimes she was too skinny, but in a period of her life when she tries to give up drugs, she gained kilograms. To be again in shape, she tries to live healthy life. Her secret is in practicing yoga and eating fish and vegetables.

WHO warning: No evidence that antibody tests can show corona virus immunity

The World Health Organization issued a warning Friday about coronavirus testing, saying there’s no evidence serological tests can show whether a person has immunity or is no longer at risk of becoming reinfected. “These antibody tests ...

The popularity of a healthy lifestyle is growing every day more rapidly. Everyone wants to be healthy, feel the strength and vigor not only of his spirit but also of the body. Today we will ...

Being healthy means being in the best physical and mental condition. Unfortunately, the number of people who can’t say that they are healthy is growing every year. This is not a surprise because the majority ...

« HEALTHY CLUB SANDWICHES !
7 PRODUCTS TO FEED YOUR SKIN FROM INSIDE (PART 2) »